Skip to main content
Showing posts from June, 2016
View all 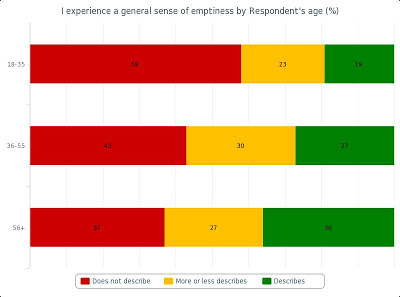 CRRC-Armenia has recently released the 2011 Caucasus Barometer data to its website and to the Online Data Analysis tool on CRRC-Georgia’s website.The Online Data Analysis system allows users to adjust the parameters of charts directly from the website without having to download the database or own a statistical software program. The Caucasus Barometer has information about many aspects of Armenians’ lives including media sources, sense of satisfaction and happiness, and opinions about democracy in Armenia. It also allows users to adjust the parameters of charts from the website. When aggregated by age group, the data indicates a great discrepancy between the youth and those over 56 years old. In general, younger generations feel more positive emotions and are more satisfied with their lives.
When asked whether the statement “I experience a general sense of emptiness” describes them or not, respondents were quite split with their answers. Overall, 46% of all respondents stated that thi… 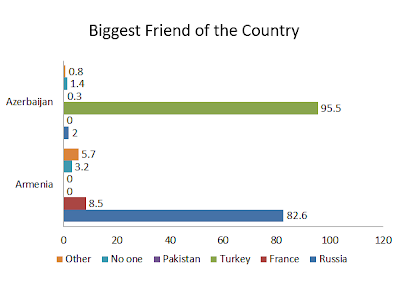 On the 21st of September 2013, the Republic of Armenia celebrates the 22nd anniversary of its independence. Great strides have been taken over the past 22 years in developing Armenia's overseas friendships. Nevertheless, bilateral relations with some countries have not been as successful. Whilst Turkey and Azerbaijan recognize Armenia's independence, neither maintains diplomatic relations with it. Similarly, Saudi Arabia, Somalia and Yemen maintain no diplomatic relations with Armenia, whilst Armenia's relations with EU member-state Hungary were suspended following the extradition of Ramil Safarov to Azerbaijan.
However, one UN member, Pakistan, the majority Muslim country of 182 million, refuses to recognize Armenia as an independent state. In February 2012, Pakistan's ambassador in Baku reaffirmed his government's stance on Nagorno-Karabakh, stating that Pakistan would not recognize Armenian independence unless Ar… 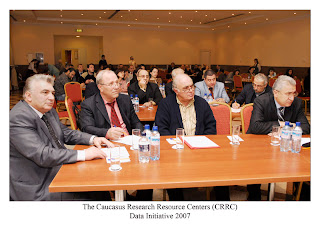 On January 30th (at 11:00 AM in the Ballroom of Congress Hotel, 1 Italy Street) the Caucasus Research Resource Centers presented results from the Data Initiative (DI) 2007 survey, which represents the 4th wave of information gathered via 300 questions addressed to adults from over 8000 households randomly selected in Armenia, Azerbaijan and Georgia.
The CRRC DI survey provides a unique opportunity to follow the socioeconomic, demographic and political developments during the last 4 years. The dataset also allows analysts to make parallels between the three countries of the South Caucasus and the developments between rural and urban areas within each country. It also sheds light on migration patterns in the region by providing comprehensive information on both returned migrants and migrants residing abroad. Relevant to the current Armenian political environment, the dataset provides new insights into Armenian political attitudes. About half of the respondents in Armenia say they are “no…